What Are The Origins OF Bowen Therapy In Townsville? 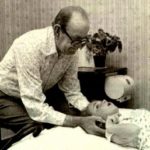 The reason why we are all here celebrating… Mr Tom Bowen turns 100! 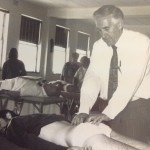 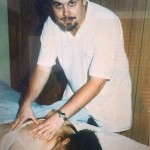 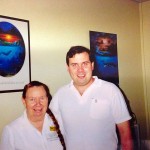 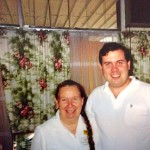 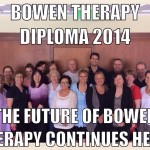 Benjamin Setter Back Row 2nd from Right Side 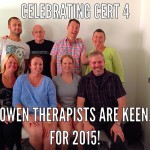 Cindy & Benjamin Setter at the 100 year Celebration since the birth of Tom Bowen. 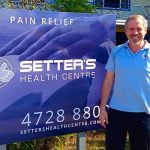 From humble beginnings… With the Bowen Therapy Academy of Australia, the original source material is from Bowtech, the original Bowen Technique was established by Oswald and Elaine Rentsch in 1987. This technique has been taught in a variety of settings, however, is now delivered in a Certificate IV and Diploma of Specialised Bowen Therapy taught by Bowen Training Australia.

Seniority: Benjamin is the most senior Bowen Therapy Practitioner in Townsville EST 1991. As such he has seen a wide variety of clients and many varied situations that it is second nature for him to advise you on possibilities and outcomes that less experienced health practitioner’s have not been exposed to. To contact us about an authentic Bowen Therapy session in Townsville tailored specifically for you.

Wrist pain and wrist injuries are often caused by sprains or fractures from sudden impact and accidents. But wrist pain can also result from long-term problems, such as repetitive Stress, Arthritis... Carpal tunnel syndrome. Because so many factors can lead to wrist pain, so diagnosing the exact cau...

Bowen Therapy rubbish? No Bowen Therapy is not rubbish! A Rebuttal By Benjamin Setter Pain Relief Specialist on behalf of all Bowen Therapists Worldwide. I am the first to agree that no modality worldwide is successful all of the time... Bowen Therapy has had an incredible success in my clinic sinc...

Please note that Google has the search heading "Dangers of Bowen Therapy" SIMPLY PUT THERE ARE NO DANGERS FROM BOWEN THERAPY! Bowen Therapeutic Technique (Bowen Therapy) is completely safe for the newborn baby to the frail and elderly. It is gentle, fast and an effective way to treat health concern...