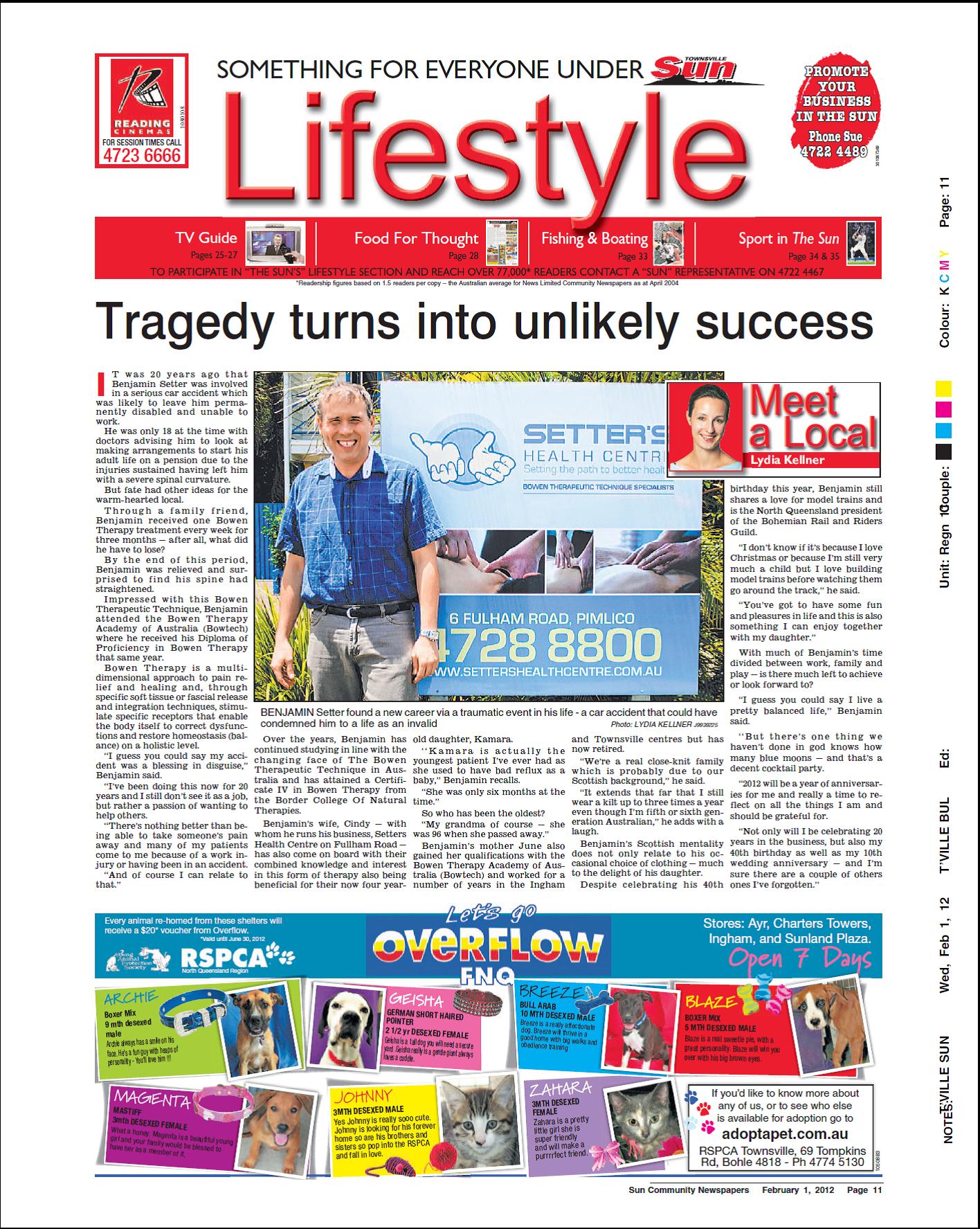 I would like to thank the Sun Newspaper for all of their support throughout my career!

In January of 1991, Benjamin Setter was involved in a motor accident. The injuries sustained left him with a severe spinal curvature. Through a family friend, Benjamin received one Bowen Therapy treatment every week for three months. At the end of this period Benjamin was relieved and surprised to find his spine had straightened.