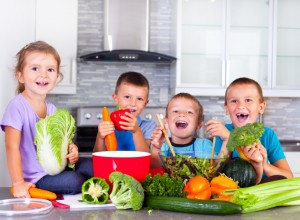 Apples; the good, the bad and the ugly

If you can pick an apple from a tree that hasn’t been sprayed with any herbicides, insecticides or whatevercides – or coated in wax and polished with plastic – or gassed to ripen or chilled for six months – then go for it, the apple is yours for the eating.

However my Grandmother observed that as technology improved the rates of respiratory illness in families who loved eating their store bought apples were on the rise. What became abundantly clear to her, was that people weren’t allergic to apples, they were reacting to everything that the farmers and processors were putting on them.

But don’t think you can just peel an apple and settle for the insides – because an apple skin is just like ours – porous – what you put on it will sooner or later leach inside ‘poisoning’ all the fleshy goodness you want to eat. So Grandma’s warning to anyone with a family of asthmatics or the like was to avoid apples and apple juice. In this day and age young children are being exposed to chemicals that in my grandmother’s thoughts were bringing on asthma like symptoms…and frankly, if you can avoid eating them, you’ll breathe a lot easier.