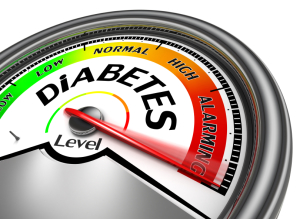 HIV was the big scarey virus of the 1980s. In the space of a few years it became the incurable epidemic that has now infected 33.3-millon people. But what if I told you there was another incurable disease out there that has spread to almost ten times that number of people during the same period? Could you name it? Well, since this is a special report on Type 2 Diabetes I guess you probably can.

The numbers for the spread of Type 2 Diabetes are staggering – in 1985 worldwide 30-million people were living with it – now more than 285-million have this disease and the statistics aren’t stopping. Every day 280 Australians are diagnosed with Type 2 Diabetes…that’s 102,200 a year. Between today and 2020 613,200 Australians will be added to the list of sufferers – that’s the population of the Gold Coast. In those same six years it’s expected 7416 Australians will be infected with HIV.

Like HIV, Type 2 Diabetes is a life sentence – yes, it can be controlled and treated, but it will remain your nemesis from the day of diagnosis until the end. And like some cases of HIV, many cases of Type 2 Diabetes can be the result of lifestyle choices. The choices you make in your early years of adulthood could well be the things you will have to live with under the cloud of Type 2 Diabetes – a cloud that rarely has a silver lining.

Being diagnosed means you can now look forward to a four-fold increase in the risk of cardiovascular disease and stroke; a twenty-fold increase in the likelihood of limb amputations; having the greatest chance of developing nontraumatic blindness; face a much higher risk of cognitive dysfunction and dementia; not to mention an increased risk of kidney failure. Without immediate changes to your lifestyle, being told you have Type 2 Diabetes means reaching a ripe old age without serious complications will be like finding a winning lottery ticket.

Scared yet? Sure, Type 2 Diabetes doesn’t have the same terrifying nature of Ebola or Bubonic Plague…but once you have it there is a one in three chance it will eventually kill you.

We are very proud of our Flagship the “Setting the Path” E-Magazine. This initiative is helmed by our Content Editor, Arthur Shale, a twenty year media veteran, who will be navigating us through the rough seas of Alternative Medicine-Health for our clients in Townsville and surrounds. To learn more go to Arthur Shale Author/Editor

Subscribe to our monthly email e-magazine ‘Setting the Path’ for all the latest in preventative measures, Pain Relief in Townsville, Bowen Therapy bits, Natural Therapies, Alternative Medicine-Health issues in Townsville, Grandma’s remedies and so much more.

IN THIS COMING MONTHS ISSUE – Under wraps 🙂

Talk to us today!