Pain Specialist Townsville – Is your diet changing your mind? 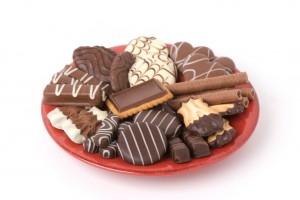 Here’s a thought…every day we consume mind altering chemicals that control our moods and change our behaviour. “But I don’t take prescription medication or intoxicating substances,” I’m hearing some of you cry. Well, it doesn’t matter, if you eat anything during the day, you have ingested a cocktail of chemicals produced by plants or a factory for their own purposes…purposes that might be of a benefit for us, and some that might not. Every mouthful we eat has the potential to change our mind. And if you’re finding this hard to believe, think of it this way – if the chemicals in a pill can relieve depression or a headache or too much alcohol makes us do things we wouldn’t ordinarily do…then why wouldn’t the chemicals in a mango, a steak or a slice of bread do things to our head too?

At a very basic level, eating anything – at least initially – can make us happy. Serotonin released in the gut as food arrives will give us a sense of well-being and contentment…but before that food arrives, a low level of serotonin will make us anxious and irritable – which in itself probably means we shouldn’t make life changing choices while we’re hungry. But that’s just serotonin.There are thousands of naturally occuring chemicals and compounds in food – and many of these will pass through our brain after they’ve entered the bloodstream.

Our brain runs on just two things. Chemicals and electricity. And depending on which chemical and how much of it is present impacts on why an electrical impulse is generated, how the impulse is transmitted and where that impulse goes. The mind is essentially a giant Duracell battery running a low wattage computer – where every electrical impulse is a thought, a dream or a subconcious reaction. Change a chemical or its concentration in the brain and the previous rhythm of impulses can be replaced by a new set of impulses going to different places. A tablet or a glass of wine will do this straight away. Take something out of your diet – or add it in – it can do the same thing. The tricky part is noticing. Notice how something you’ve eaten – or stopped eating – has changed your behaviour…which could be as simple as craving something.

There’s nothing like a craving to drive you nuts, right? It’s that need for a chocolate bar ten minutes after the last shop closed…that toasted cheese sandwich just when you’ve run out of cheese…and bread, or that greasy breakfast to lubricate a party weary gullet. But why? It’s all just food, why can’t we be just hungry without yearning for something incredibly specific? In a word…chemicals.

A craving is the brain detecting a shortage of a particular compound or element in the bloodstream. Without this chemical, the brain knows it or the body could stop working properly. A chocolate craving, for example, can mean a drop in magnesium levels. The need for something sweet could be shortages of chromium, carbon, phosphates or sulphates. And that greasy, salty breakfast is an emergency call for calcium, chloride or silicon leached out of the system by a big night.

Food cravings offer clear evidence of how your diet can change your behaviour. No one in their right mind goes cruising the streets at midnight for a bar of chocolate or starts the day with lashings of lard, but get a craving and normal behaviour can go out of the window. The real issue is that partying hard – or not at all – getting a craving is a sure sign of one thing…your diet is not meeting your nutritional needs. If you were eating all of the right foods you shouldn’t be getting cravings at all. Magnesium doesn’t just come from chocolate – it can come from nuts, seeds and fruit. Fresh fruit and vegetables can replace the quest for sugary chemicals while milk, cheese, fatty fish and nuts will give you the same post party zing as a bucket of hashbrowns.

And then there’s cheese.

Cheese? Have you ever woken up from a bizarre dream and wondered, “Where on earth did that come from?” You know the ones, they usually make no sense, start in the middle and finish at the beginning, real Alice in Wonderland stuff. Mad Hatters and Queen of Hearts everywhere. Well, once you’ve shaken off the thoughts of possible insanity in your family, have you noticed these strange dreams and your last meal often have one thing in common. Cheese.

Say what? Cheese? Really? Yes, really. In this age of the takeaway pizza, most of us will have experienced a cheese dream. Never heard of it? Well, Jane Austen and Charles Dickens both noted the dream inducing effects of cheese in their novels and in 2005 the British Cheese Board funded a study to determine if cheese dreams were real or not. Two hundred participants were fed 20 grams of cheese in various varieties thirty minutes before bedtime. What did the study find? Well, if you’re a fan of blue Stilton you better cut back at night. Eighty percent of participants reported dreams of talking animals, vegetarian crocodiles and warrior kittens – in no paricular order. At the other end of the cheese dream spectrum, Cheshire cheese turned out to be a bit of a yawn, with less than half of the participants noticing anything weird. Now if you’re curious as to how something so innocuous as cheese can be sending us off to the land of Oz, then guess what…it’s all about the chemicals – yet again.

Cheese contains high levels of Trytophan, an amino acid that is a foundation compound for melatonin, a hormone heavily involved in a our sleep-wake cycle…and has been raised as a potential source for the cheese dream. Another candidate is the alkaloid Trytapmine, often produced by fungi – including the fungi used in making blue cheeses. This particular alkaloid is related to the more powerful hallucinogens found in ‘magic mushrooms’.

However the cheese dream is still not fully explained – cured meats, egg-whites and soybeans also contain these particular compounds, but don’t have the same dreaming chutzpah as cheese, so it looks like more studies and late night pizzas will be needed to fully reveal the secrets of cheese and those strange goings on in our head.