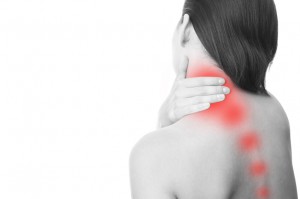 Do you have Nociceptive Pain? It’s the throbbing, burning ache that might not actually be there. Over stimulated nerve endings – nociceptors – start telling your brain they’re hurting, but they aren’t actually being stimulated by something poking and prodding them. It’s very similar to that mouthful of chilli convincing you your throat is on fire when it’s actually just your nerves and mind being tricked by chemicals. In many ways nociceptive pain is a chilli, the trick is being able to tell what kind of chilli it is.

Nociceptive pain usually starts with a real injury – the nociceptors tell you you’ve burnt or bruised the skin, broken a bone or you’ve got a stomach ache. When this kind of pain becomes chronic, it is usually attributed to a degenerative disease such as arthritis that won’t be going away or it’s a Refered Pain originating in a different part of the body to where you’re feeling it. However in some cases it can be the nerve endings continuing to be stimulated after an injury heals. At this point, nociceptive pain can be as much in the mind as it is in the body. This is the phantom pain – the chilli pain.

Now stopping a pain that doesn’t actually exist is a bit like trying to grab hold of the wind. Pain relief medication may isolate the nerve endings from the brain, but sooner or later their signals will push through the fog – and for most sufferers that means taking another tablet. However there may be an alternative to this. Just as our brain can become desensitised to hot chilli sauce  – through practice it is actually possible to desensitise the brain from some of those other pain signals it’s receiving too. Now I don’t want to get all New Age here, but meditation or just simple conviction will offer results. What do I mean? Every day we convince ourselves of something – like we’re better drivers than the we actually are or these pants fit great. Unless someone points out the illusion, we don’t notice it. Nociceptive pain can sometimes be the same.

If you know the pain isn’t really there, develop a strategy to ignore it. This might be simply verbalising to yourself, the pain isn’t there, the pain isn’t real. As crazy as this might seem, you tell yourself something often enough and eventually you will believe it. I’m not going bald or Everyday in everyway I’m getting better and better are exaclty the same – the pain is a trick of the mind and so is getting rid of it. If you’re not convinced you can convince yourself, then maybe meditation and other mental or physical relaxation techniques will be an alternative. Ultimately it’s all about distraction. Find a way to distract your mind from the pain and you will forget to notice it. It might be temporary relief, but so is a tablet.

Please note that Google has the search heading "Dangers of Bowen Therapy" THERE ARE NO DANGERS FROM BOWEN THERAPY! Bowen Therapeutic Technique (Bowen Therapy) is completely safe for the newborn baby to the frail and elderly. It is gentle, fast and an effective way to treat health concerns. Learn mo...