Drinking with a meal…or drinking a meal? 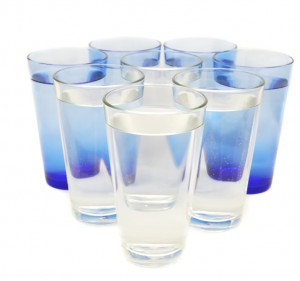 Love to have a beer with Duncan? Can’t eat the spag bol without a glass of red? Need a stiff scotch to wind down? That glass of your favourite beverage might seem pretty harmless to the waistline and it’s got to be better for you than drinking a bottle of carbonated sugar, right? Well, hold on. The body doesn’t really care which sugar you’re consuming…it’s all carbohydrates in the end, and, well, as alcohol is produced from sugar, that tipple could end up being just as fattening as the can of soft drink with twelve teaspoons of sugar in it. For starters, and here’s the bad news, alcohol contains more energy than carbohydrates…almost twice as much. If that extra energy isn’t used by the body it will go to your fat cells. And, add to this the process of fermentation almost never consumes all the sugar in the alcoholic solution, then that sugar is also going into your body. In the end you can get a double shot of energy from your favourite tipple.

For starters, a 150ml serve of Savignon Blanc contains 440kj…but how many of us actually only fill our wine glass to the ‘serving level’? The average glass of wine is more likely to be close to 300ml, with 880kj…have a second glass and you’ve hit 1760kj, have a third and you’ve pretty much consumed an entire meal’s worth of energy…and chances are you’ve eaten a meal while you’ve been drinking. A plate of spag bol with a half a bottle of wine can easily equal half your daily energy needs. See how easy alcohol can push your body into having more energy than it can use? Remember, what ever doesn’t burn off in your muscles is going to become fat.

Beer isn’t much better. The higher the alcohol content of beer, the more energy it contains. A 330ml bottle of 4.6% beer has 545kj. The same sized light beer serve with 2.6% alcohol has 376kj. Once again, three full strength beers with your meal, and you’ve pretty much consumed two meal’s worth of energy.

And it gets worse if you prefer spirits with mixers. Like a rum and coke? There’s 1150kj in just one can. That’s a cheeseburger. Drink two cans and you’ve eaten a thin crust pizza. A vodka and lime? Almost as bad at 1045kj. Like your spirits straight? A 30ml shot of whiskey – 280kj. A whole whiskey bottle – 6450kj.

As you can see, your alcohol consumption is more than simply drinking responsibly. If you’ve eaten normally through the day and then had two or more drinks at the end…you’ve almost certainly consumed more energy than your body needed – and that means, when you wake up the next day, you will probably have some extra fat cells to contend with.