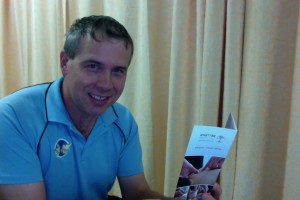 Friends, one of the hardest things to accept in our modern day community, is that after you hurt yourself there generally is no quick fix. With the rapid pace of life which we all live, we expect our bodies to heal at the same rate.

Bowen Therapy is in tune with your body’s own healing responses and to get the optimum from your Bowen in the shortest time, the golden rules are imperative. These rules, or supportive measures, help support your body to heal itself and help it work efficiently and sometimes this may mean you slowing down to allow your body to heal itself.

A History of Bowen Therapy In Townsville, Queensland Australia?

Bowen therapy was first taught in Townsville in July 1991, by Bowtech Founders Ossie and Elaine Rentsch. Benjamin Setter was at that course and opened the first Bowen Therapy Clinic in Townsville, Queensland, Australia in November 1991.

Since then, Benjamin and the dedicated Staff of Bowen Therapy Specialists at Setter’s Health Centre, have travelled around Australia and around the World to train with the best in Bowen Therapy, so that they can continue to offer an outstanding Bowen Therapy service to the community of Townsville, Queensland.

TENNIS ELBOW – GIVING THE BACKHAND TO THE FOREARM

29 November, 2013  Lateral Epicondylitis – previously known as Archer’s Elbow, but now more often called Tennis Elbow is a repetitive strain injury that affects a lot more people than just those who enjoy racquet sports. Swimmers, climbers and anyone doing a lot

28 November, 2013  It’s everywhere. There’s no denying it. Even if we were living in the morning sun of Shangri La growing lentils, we’d probably still be stressing over these said legumes not reaching supermarket grade quality. In the twenty-first century we’ve got

YOU, ME AND ASTHMA

27 November, 2013  When I was growing up there was a pretty flippant disregard given to Asthma. It was just one of those things that the ‘sick’ kids got. They’d be the ones who missed weeks of school, fell behind in their classes

THE ART OF CONVERSATION

26 November, 2013     It has to be said, the days when mobile phones were used for phone calls and when “going out” usually required some one-on-one interaction with another human being are now rapidly diminishing in the rearview mirror. In fact, it was

MIGRAINES AND THE WEATHER

22 November, 2013There’s a storm around and you get a headache? Ever wondered why? Current research suggests changes in air pressure can cause Migraines, but just how is still in question. The general line of thinking is that in reacting to