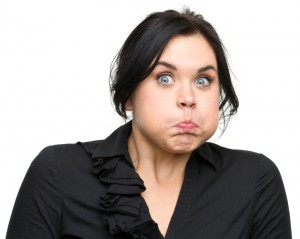 Back pain is one of most frequent complaints we suffer from. In the United States it is the fifth most common reason for visiting the doctor. Without putting too much of a fine point on it, the spine can be it’s own worse enemy – it’s the most complex system of bones in the body, carries most of our weight – and what we lift – plus, it is also the conduit for the entire nervous system. In other words, if one ‘little’ thing goes wrong it can mean a whole gamut of issues for the body.

So what is back pain? It’s a lot of things, and can stretch from the neck to the tail bone.  If you’re old enough to be reading this, chances are I don’t need to describe an aching back to you – most of us had a tingle or an ache when we’ve worked too hard, lifted too much or just got up the wrong way. The real issue can be how long the pain lasts – which is generally how the medical fraternity treat the issue. A pain that lasts less than four weeks is called ‘acute’, four to twelve weeks is ‘subacute’ and longer than twelve weeks is broadly considered ‘chronic’. Often chronic pain can persist long after the actual injury has healed, which can make it’s treatment difficult to say the least – but back pain can in fact be a symptom of another issue in the body rather than the actual spine being damaged.

For starters, fevers can produce back pain, as can strained muscles, muscle spasms or muscular imbalance. Muscles can be a problem for a diagnosis as most imaging or x-rays will fail to show tissue damage. And while muscle spasms could be the result of a neurosphysiological disorder, they may be a symptom of poor nutrition or a lack of minerals such as magnesium in the diet. Around fifty percent of women will suffer back pain during pregnancy – but at least in their case they’ve got a pretty good idea what’s causing the problem.

About one third of those who suffer from chronic lower back pain do so because of their synovial joints between vertebrae – which is frequently the same kind of injury those with whiplash will suffer in their neck. This pain can be traced to the displacement of the ‘intra-articular’ tissue which can cause either the bones to rub directly against each other or pinch the neurological spinal tissue  running between them – the latter is the most likely reason for long lasting chronic spinal pain, as the affected nociceptors (pain receptors) may continue producing the sensation of pain long after the initial injury has passed. As a result, long term pain management is often the only treatment mainstream medicine can offer once the initial injury has been dealt with – which is essentially the same situation for spinal degenerative diseases such as osteoarthritis. These will also continue to create pain throughout the ageing process – however that’s not to say the pain can’t be eased through external treatments, and this is where Bowen Therapy comes in.

Are you in need of immediate pain relief?