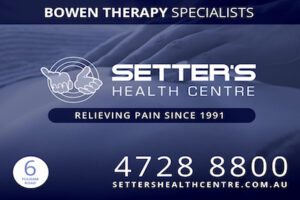 When I was growing up there was a pretty flippant disregard given to Asthma. It was just one of those things that the ‘sick’ kids got. They’d be the ones who missed weeks of school, fell behind in their classes and wheezed along in last place during athletics day.   But asthma is much bigger than that kid chronically attached to a puffer.

A 2007-2008 National Health survey found that 10% of Australia’s population suffer from asthma and 55% of those are girls and women. The prevalence of asthma is significantly higher in regional Australia than in the major cities and is least common among ‘the  most advantaged’ groups of Australians. It’s also its own industry – asthma medications make up 59% of all prescription pharmaceuticals sold in Australia, and asthma is responsible for 23% of out-of-hosptital costs.

But worst of all, it kills – in 2009 411 people died as the result of an asthma event. This is almost as many who died from skin cancer in the same year. Asthma’s no small thing, it’s not a childhood growing pain. This is a dangerous affliction that can strike down people at any age – for women there’s more chance of having their first asthma attack as an adult than as a child.

So after all those grim statistics, just what is asthma? According to the Federal government’s ‘healthinsite’ – asthma is ‘a long term respiratory condition caused by hypersensitivity and inflammation of the airways’. The long and short of it, asthma is generally an allergic reaction or the result of your airways being irritated by the particles you’re breathing in. These irritants can include dust mites, animal fur, pollen, smoke (from various sources), cold air, exercise or an existing chest infection. It’s possible that a particularly hypersensitive individual might react to all of these irritants, but many asthma sufferers probably only have a few triggers, and reaction to some of these may decline – or be replaced by something else.

Now, this isn’t all bad news. Knowing that asthma is triggered by something rather than arriving out of the blue, means sufferers or their parents can take steps to avoid exposure to the irritant. That may mean giving up the cigarettes, vacuuming more often or, in extreme cases, moving to another town. The latter may sound a little overboard, but the prevalence of asthma in regional Australia compared to the metropolitan centres means rural living may not be healthy for everyone. If you live somewhere cold and you’re always having attacks, then you might need to move somewhere warm. If you’re having attacks while you’re surrounded by smoke coming from wood burners or seasonal cane fires, bushfires or grass fires, maybe you need to live somewhere the smoke doesn’t hang around. And believe me, this isn’t some new fangled idea. Two thousand years ago, Pliny the Elder prescribed a change of address for anyone suffering an ongoing respiratory ailment.

Now back to to Townsville Qld Australia 2021!

This is the time to consider an appointment with Setter’s Health Centre’s who have been offering a safe preventative measure for asthma sufferers for nearly 30 years. Asthma relief can occur with Benjamin Setter uses the Gentle Healing Technique, Bowen Therapeutic Technique (Bowen Therapy). Which is a dynamic system of muscle and connective tissue therapy that encourages the body to right itself. This technique involves a gentle roll over the muscle. By using a set system of these small moves from the base of the neck to the tips of the toes, with small waits of 2 minutes or more between sets of moves, the Bowen Therapist stimulates the body’s innate healing system to realign and re-balance and ease the effects of asthma.

Even after I have worked on thousands of Asthmatics over the years. The first time I trusted my skill to bring an asthmatic attack to a successful alleviation is still for me my finest hour!

Asthma doesn’t have to be your disability if you’re prepared to to take action against triggers. When Can I See You? Phone 07 4728 8800!

(Please Note: That under no circumstances even when well, does a client with asthma throw away their medication.)

Wrist pain and wrist injuries are often caused by sprains or fractures from sudden impact and accidents. But wrist pain can also result from long-term problems, such as repetitive Stress, Arthritis... Carpal tunnel syndrome. Because so many factors can lead to wrist pain, so diagnosing the exact cau...

Bowen Therapy rubbish? No Bowen Therapy is not rubbish! A Rebuttal By Benjamin Setter Pain Relief Specialist on behalf of all Bowen Therapists Worldwide. I am the first to agree that no modality worldwide is successful all of the time... Bowen Therapy has had an incredible success in my clinic sinc...

Please note that Google has the search heading "Dangers of Bowen Therapy" SIMPLY PUT THERE ARE NO DANGERS FROM BOWEN THERAPY! Bowen Therapeutic Technique (Bowen Therapy) is completely safe for the newborn baby to the frail and elderly. It is gentle, fast and an effective way to treat health concern...